Plummeting, the rider, a short, thin fellow, thick black hair waved up in front as if startled at what it saw, a kind of rotting jacket, something resembling trousers, formed one aerial arc varying in trajectory with that of a nearby motorcycle, from which he had parted company, the motorcycle being an ordinary motorcycle that was neither a ‘duck’ nor a ‘street racer’ nor a large-capacity machine from one of the so-called iconic, global brands favoured by celebrities, politicians, generals and others of the criminal classes but, rather, a machine of modest horsepower, its livery dominated by a faded, patchy black, with remains of decals that might once have indicated the make and model but had long since given way to the rigours of the climate and neglect, its left-turn indicator continuing to blink as it had for days, weeks, months, years, unnoticed, uncared for, a sign of pure decoration, a party light.

Use, the name deployed by most who knew him although his identity card, lost when dinosaurs still walked the Earth, had something entirely different written upon it, a name of many words of many syllables, heavy, burdensome, weighing him down, which had been forgotten along with the card, and so it was with some surprise that as he entered his arc, his cigarette firmly clasped between his lips, lips that had never enjoyed the art of kissing, kissing being unsupported,

perhaps for health reasons, such as inadequate dental hygiene, between Use and his wife, Hurling, mother of his three children, Kindness, Beautiful and Praise be to God, he remembered.

The motorcycle’s trajectory ended on the edge of a small hill of plastic bags filled with decomposing vegetable matter, snack-food bags, plastic bottles, food containers and utensils, diapers and sanitary napkins, the vegetable matter a treasure trove for the myriad of insects, animalcules and microbes which grew as fat as their forms allowed, whereas the various plastics had the fairies of decomposition perplexed, resisting the transformation of the essential substance into some other substance, the motorcycle joining several others of its type, three nearby small trucks and several passenger cars.

Use’s trajectory impaled him upon one of the branches of a Ficus benjamina, through the heart, whereupon he expired, unlike his cigarette, which burnt on undisturbed to his lips, kissing them with a gentle red burn, as the various creatures of decomposition set to their tasks as peace descended once more upon the forest in the hole.

– Not convinced, hardly human, tosses off His Shiningness, and look at my coffee, Younger Sister, it’s all cold water!

The torrents stabilize, somethings like lights of a shipwreck appear in a Sargasso Sea of face, a jellying wave coagulates into a flat nose, ears are sails in a mist, a whirlpool folds into a mouth…

– Convinced, who are you to be convinced? Take a look at yourself, you tangle of misfiring wiring!

Time wanders after the bees. Peace settles, as a wisp of Mamma’s smoke swirls, begins to shape

– Here we go again, sparkles His Sharpness –ether itself, drifting into an arm, a leg, oh, a head-shape floats off, drifts to where there was a belly, floats, settles…

– Sisters, it seems to me you had better get yourselves to a salon, says You Know Who.

Prompting some protests from both Her Wateriness and Her Airiness, at which point the ghostly energy of the human formerly known to his family, friends and associates as Use, takes a seat on Mamma’s pounding log, big sigh, says

– Missus, could I get a smoke and a coffee, been a hell of a morning, black three sugars.

No one understands, foreigners always hard to hear, can’t speak the language properly, first they’re dropping in uninvited, next they’re acting like they fit in, know the customs, best to ignore them, hope they’ll go away, chat among ourselves, and so, says Mr Electric…

– You know they’re going to think I have three wives.

– Three wives! You’d be lucky to find a watermelon who’d take you [Etcetera, etcetera], suggests Her Storminess.The air darkens, winds rise from all quarters, roaring, a tornado, a typhoon!

– Throw me into the briar patch, observes His Celestial Striker, and, ladies, if we balance — two of the female and two of the male — it’ll be more harmonious.

A smoke puff ejects from Mamma’s mouth, and Her reshapes as His Winds of the Four Quarters, a plump little cloud, dusty greyish jacket, orange-of-sorts baggy pants, worn black shoes with holes, not much of a sole, everything flapping in their own breezes, even the mouth, which gently puffs seaside sand all over the Queen of the Seas and Inland Waters, the Rains and Springs, forming a lovely, watery-blue housefrock.

– How about it, Missus, I’m dying for a coffee and a smoke, says Use’s Ghost. 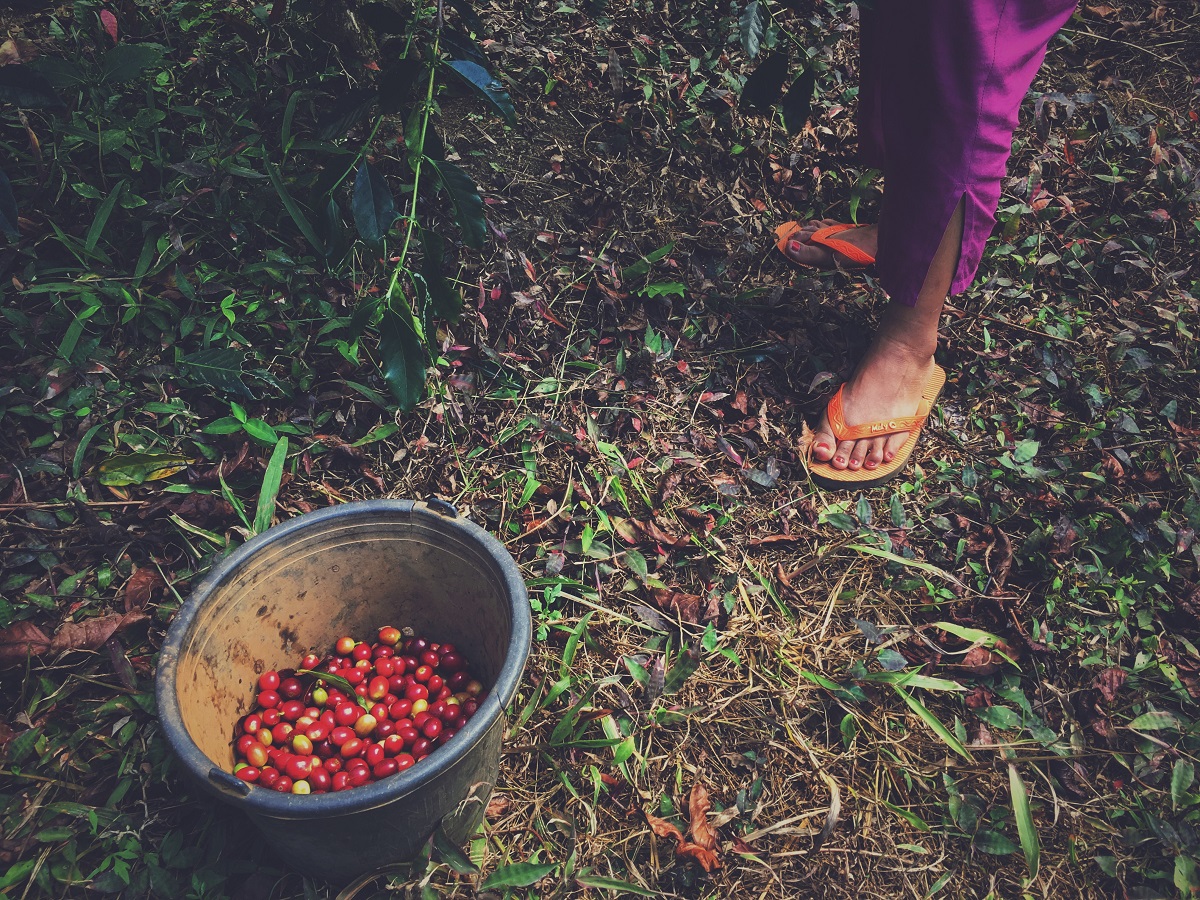 ROBERT FINLAYSON drinks 5-7 large cups of kopi tubruk a day, preferably from his ibu mertua in Jawa Tengah, which she hand picks, drys in the sun, then roasts with kelapa and beras.

Singalong is an Indonesian everyday coffee reading and coffee roasting.
0