Global or local? Exploring the future of Indonesian coffee production

Article has been published in Perfect Daily Grind

We know how price fluctuation, volatility, and uncertainty in the global coffee market can put farmers at risk. Coffee farmers are often “price takers” who have little scope to negotiate.

At the same time, in the past decade, we’ve seen some growth in internal consumption across coffee-producing countries, most notably in Brazil following a 15-year project led by ABIC. There’s also more and more discussion about how increasing internal consumption can make the coffee sector more sustainable.

This discussion is particularly relevant to Indonesia. The country is the fourth-largest coffee producer in the world, and has historically exported most of its crop. But Indonesia finds itself in a difficult situation: its coffee exports have been steadily declining since 2013.

To understand more about why this is happening and what it means, I spoke to Win Hasnawi from Qertoev Coffee, Jeffrey Neilson from The University of Sydney, and Benji Salim from The Q Coffee Trading. Read on to find out what they told me. 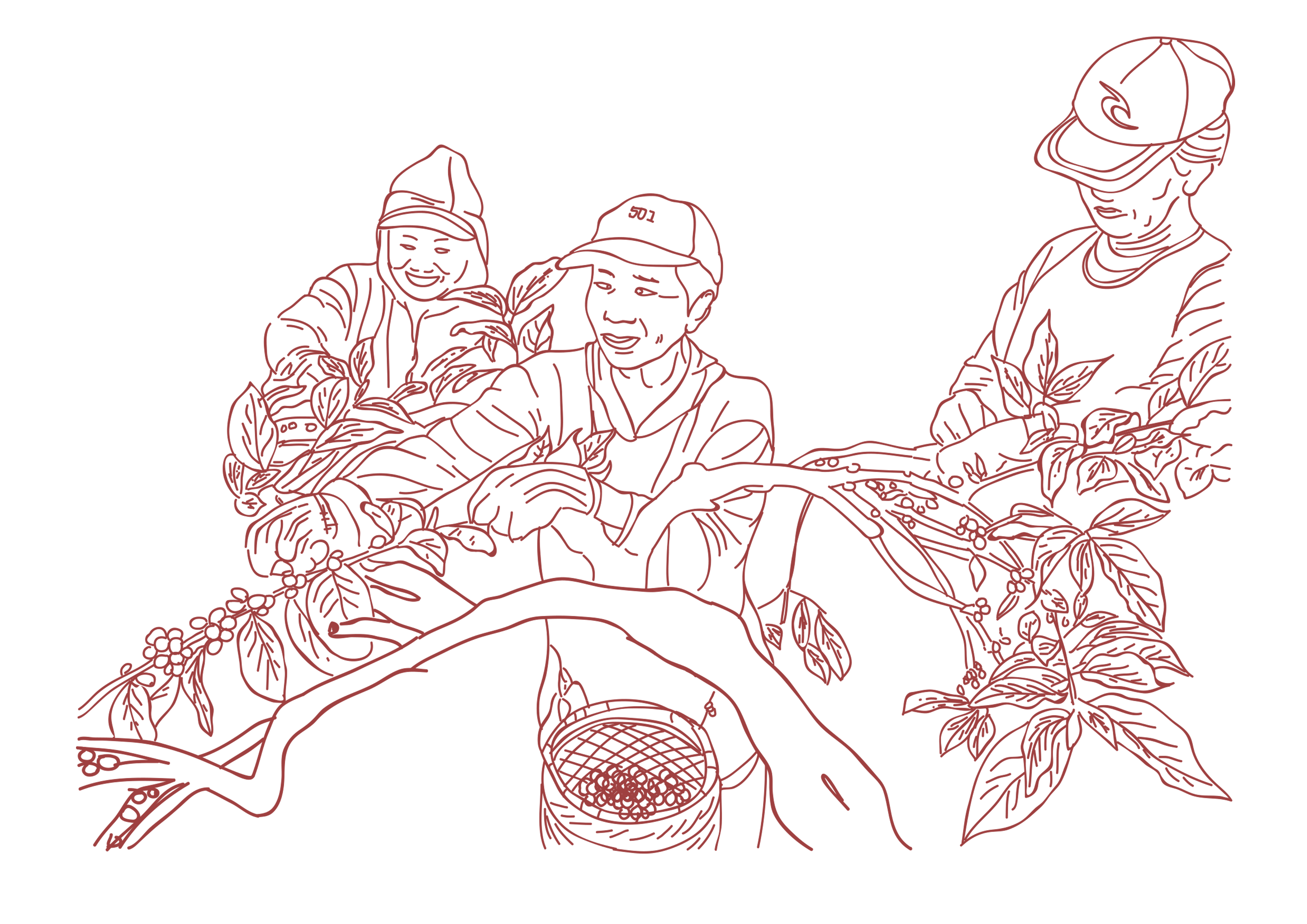 Despite the huge production volumes, coffee is rarely grown as a single crop in Indonesia. It’s usually grown alongside other crops such as oranges and tobacco, for instance.

Jeffrey Neilson is an associate professor and researcher with a focus on economic geography, environmental governance, and rural development in Indonesia and Southeast Asia. He says that coffee production is subsistence agriculture in Indonesia.

“Indonesian coffee farmers generally don’t look at coffee production as a way of getting rich; they see it as a way of not starving.”

He also notes that there’s not much scope to invest in coffee production for smallholder farmers in Indonesia. If they earn additional income from the harvest one year, they can choose to either invest in their farm or equipment or improve living conditions for their family. They generally choose the latter.

Furthermore, thanks to a lack of available farmland, little automation, and poor infrastructure for transport, the cost of production for Indonesian coffee is increasing. 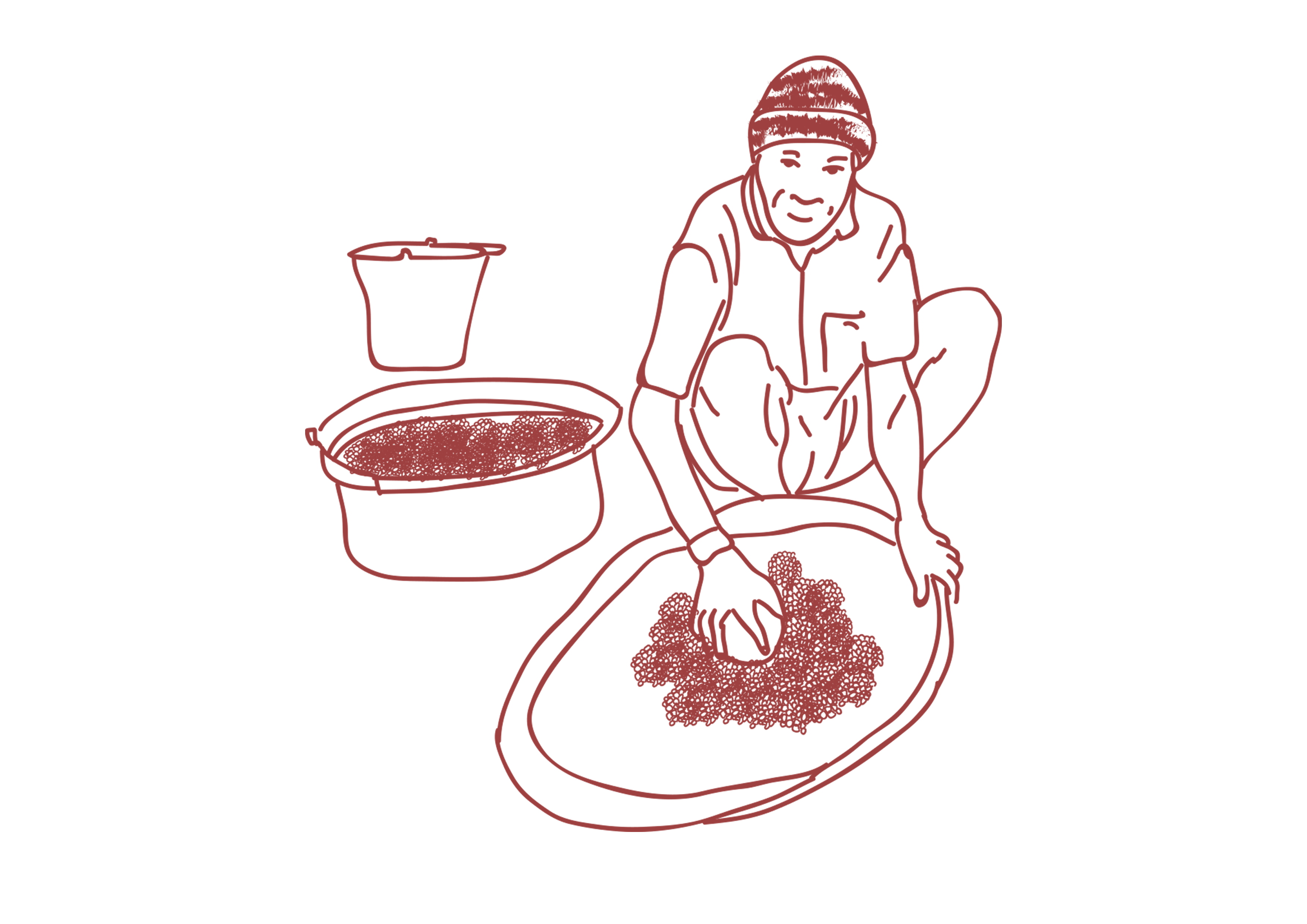 Like in most other producing countries around the world, Indonesian coffee producers are mostly smallholder farmers.

Win Hasnawi is a coffee farmer and a distributor of Gayo coffee at Qertoev Coffee. He says that a farmer in Indonesia typically only owns one or two hectares.

On larger farms, you can replant a percentage of your older coffee plants, and the investment will be covered by the harvest of your remaining crop. Over time, the continuous cycle of replanting keeps plants young and productive.

For smallholders, however, things are different. Replanting is practically difficult, and losing even a small percentage of your yield is not financially viable.

“There’s little replanting, and even if there is, it takes [years before farmers can harvest new plants].” 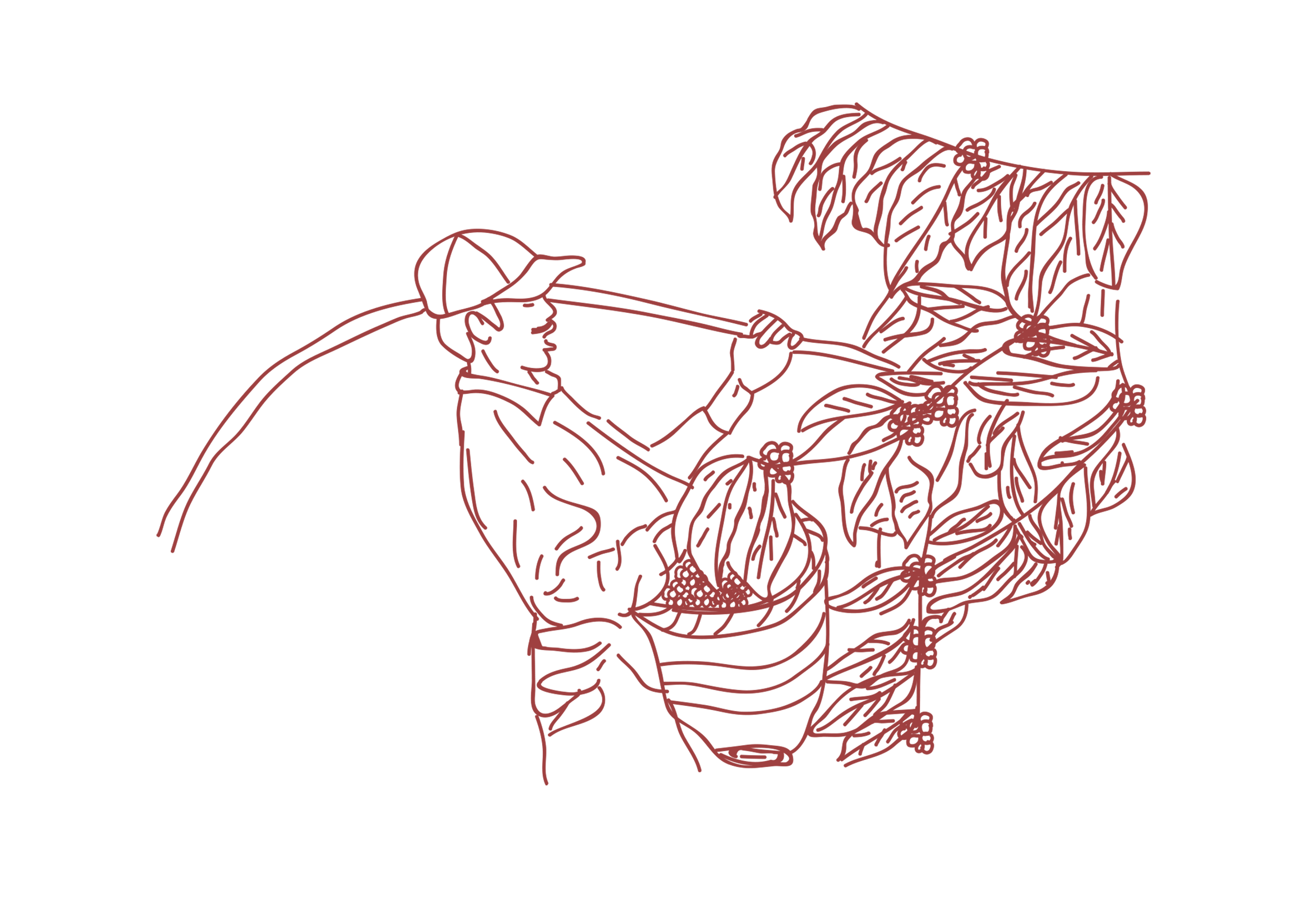 WHY ARE COFFEE EXPORTS FALLING?

There is no single answer as to why Indonesian coffee exports are falling, however; it’s not just an increase in the cost of production. Instead, it’s a range of different factors.

Initially, adverse weather conditions have been blamed for low productivity in some harvest years, including 2016/17 and 2018/19. Since then, overall coffee production has recovered.

But a 2018 paper in the Journal of Industrial and Beverage Crops states that while Indonesian coffee became more competitive in the market (compared to origins like Vietnam and India) from 2000 to 2015, it was still not enough.

The paper notes “quality improvement, elimination of operating costs in the port, tax abolition, low interest export credit… and market penetration to other countries” as opportunities for Indonesian coffee exports.

“Indonesian coffee is expensive compared to other coffee-growing countries,” he says. “And farmers will not release their crop if they don’t like the price.”

With other crops to fall back on, it’s clear that if Indonesian farmers cannot negotiate a better price for their coffee, they will simply switch to another product.

Finally, domestic consumption in cities like Jakarta is growing. In 2019, the USDA’s Foreign Agriculture Service reported that this was thanks to “strong demand for RTD coffee products”, while Statista notes that domestic coffee consumption has almost quadrupled in the last 30 years.

So, with falling exports and a growing domestic market, this raises an interesting question for Indonesian producers. Where is the opportunity? 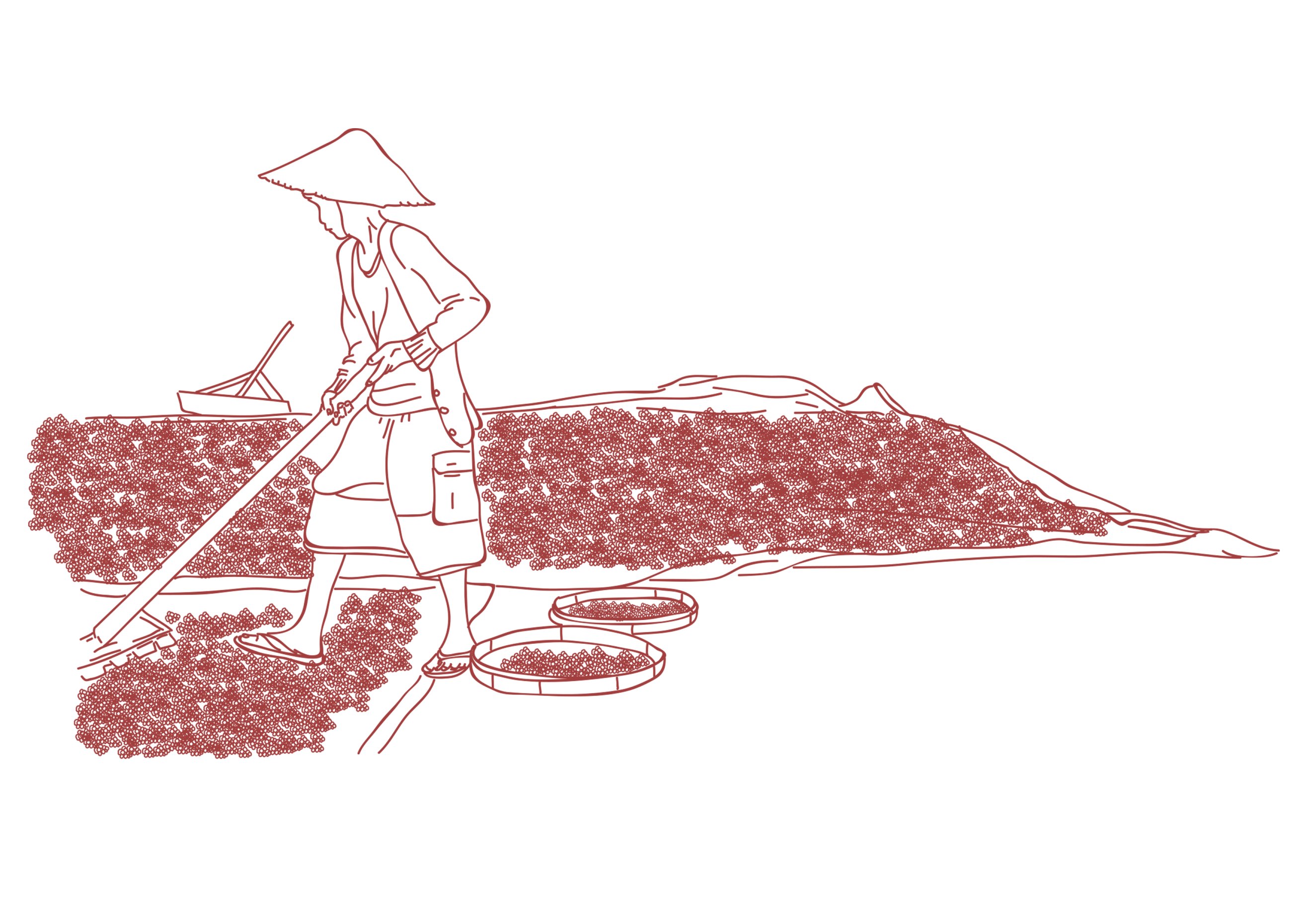 THE FUTURE: SHOULD FARMERS GO GLOBAL OR LOCAL?

Jeffrey notes that farmers don’t care whether they sell their coffee in the domestic market or for export – it’s all about price.

Win, however, notes: “For commercial coffee, farmers can actually earn more by selling it within the country than for export.”

This is because selling internally farmers gives a few advantages. Firstly, there is strong demand for commercial grade coffee in the country. There are also lower quality standards for domestic coffee sales. Finally, when selling to roasters in places like Jakarta, farmers can be more flexible with their margins, because there is less of a logistical cost to ship the coffee to them.

However, Jeffrey says: “With exports you get a much bigger market. [If the government just banned exports, for instance], that would clearly have a negative effect, because there would be more coffee floating around and prices would decline.

“What’s interesting to look at is how it affects quality,” he continues. “As the domestic market has grown in the last ten years, I think the capacity to monitor quality is not as good as it might have been in the export market.

“This means farmers get higher prices for lower quality coffee, and negatively affects coffee quality in the long-term. This, in turn, makes it increasingly difficult for buyers in the international market to buy good quality Indonesian coffee.”

Benji agrees, and says he believes that international standards need to be the goal. He says these can encourage “healthy competition” among coffee producers and help them all move forward.

“In Latin America, producers are much closer to a major consuming country, the US, which buys in big volumes. This makes trade easier and means the supply chain is more efficient; therefore, information travels faster, learning happens quicker, and quality gets better.”

Benji says that wet hulled coffee is a great example of how exporting means that Indonesia can leave its mark on the coffee sector. Wet hulling is a coffee processing method originating in Indonesia which produces a unique flavour profile, despite the possibility for defects.

“Wet hulled coffee is part of Indonesia’s coffee heritage, a unique identifier,” he says. “And now it’s recognised in the global industry, and even taught as part of the education of coffee processing.”

He says that this shows how exporting allows origins to showcase not just unique flavour profiles, but also a range of techniques and processing methods. This, in turn, drives an increase in quality and diversity. For Benji, there is no other option than the global market.

In contrast, Win says that he thinks it’s more feasible for producers to focus on the local market at this point in time. There is growing pride for locally-grown coffee, and Indonesian coffee consumption is at an all-time high.

“We have a population of more than 200 million people,” Win says. “Even if, let’s say, 20% of them drank more coffee and grew to appreciate quality, that would be more than enough demand for all locally-grown specialty coffee to satisfy the domestic market.

“Then, in time, if we increase domestic consumption, more small business owners will emerge. It’s a circle of growth, and it helps boost the Indonesian coffee economy.” 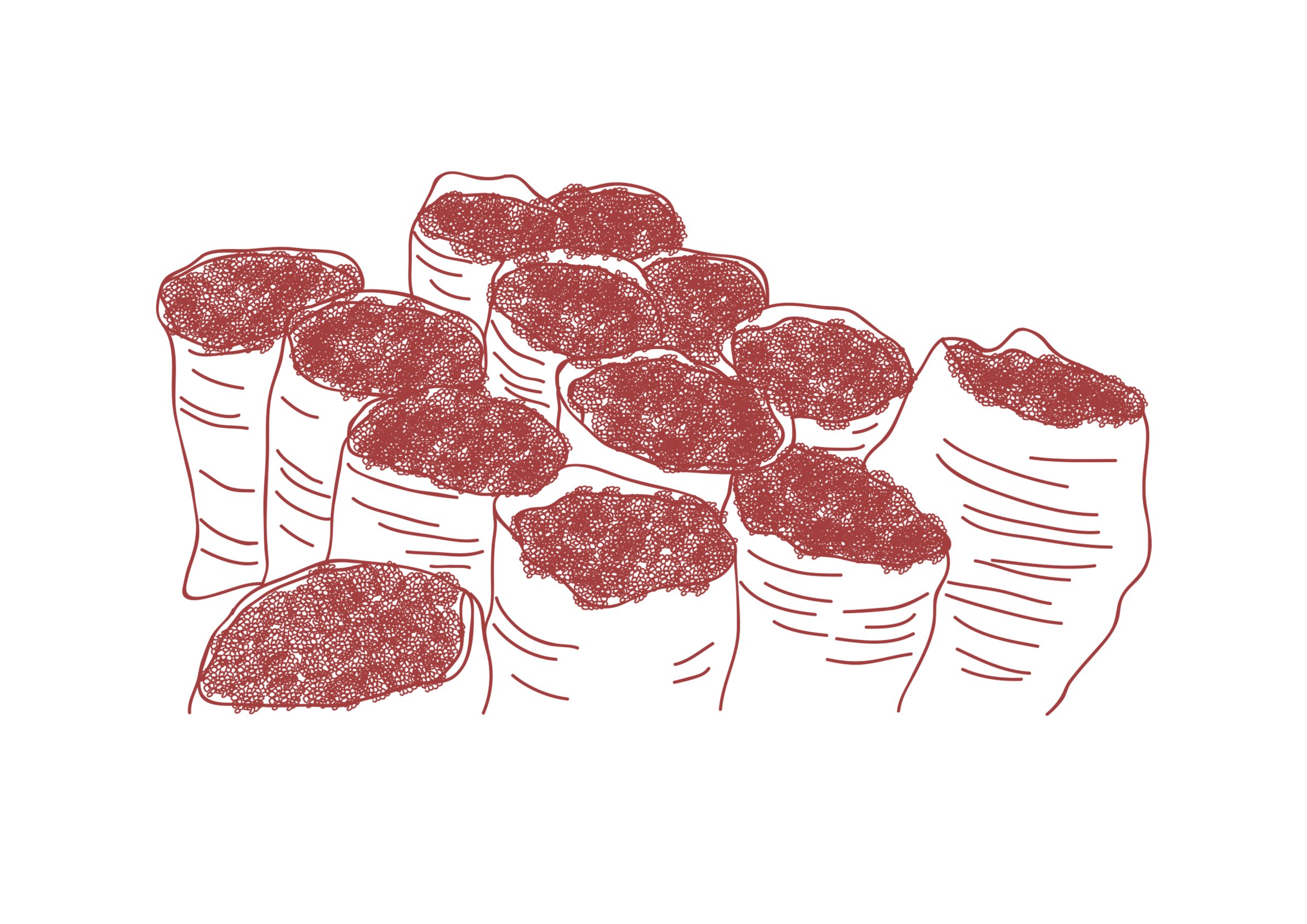 Ultimately, it’s not as if this is a simple binary option at this point in time. Even though Indonesian exports are declining and the domestic coffee market remains at an all-time high, there are so many moving parts, and there will be no major seachange overnight.

We are seeing another major change with the first Indonesia Cup of Excellence (CoE) competition this year. According to Michael Utama from Chapter and Verses, Indonesia will expects at least 400 samples to be judged and selected for online bidding. Many are hopeful that CoE can accelerate progress in the Indonesian coffee sector and add value to future exports.

However, if internal consumption in Indonesia continues to grow, farmers may find that the option of producing coffee for domestic sales becomes more and more attractive. More options mean more stability and more control. Farmers can go from being “price takers” to negotiators – choosing between two options when selling their crop.

In turn, however, as Benji and Jeffrey say, there could well be implications for the quality and Indonesian coffee. One thing’s for sure – this is a complex and unique situation. Time will tell over the next few years, and we will see how things unfold – whether the internal market continues to grow, or if international exports reassert their dominance.

Enjoyed this? Then read our article on wet hulled processing.